We have an alcove on the outside of our home. It sits on one side of the house tucked in, underneath the second story above and has a slate floor. If it had enough windows, you might considerate it a sunroom. We also have a fireplace in the living room and a wood burning stove in the kitchen… so it ended up being the perfect place to store 2 to 3 cords of wood (so I wouldn’t have to march out in the snow to get a couple of logs twice-a-day). … but it became little used during the summer. My wife said she’d love to have a screened in porch but I didn’t want to give up the perfect firewood storage area. So… I pondered how I might build a screened wall, 7 ft. high and almost 26ft long, that could be stored out of the way in the winter but put into position during the summer. Three – 8&1/2 ft sections would be made of 2X6’s (flat sides on the face) so that they were sturdy, fairly flat for storage & substantial in weight but not so heavy that they couldn’t be moved a few feet each spring & fall. This first picture shows the cordwood stacked for the upcoming winter. The rectangle you see between the two windows are the three wall sections stacked together. They occupy less that a foot of space (depth) from the alcove’s back wall. 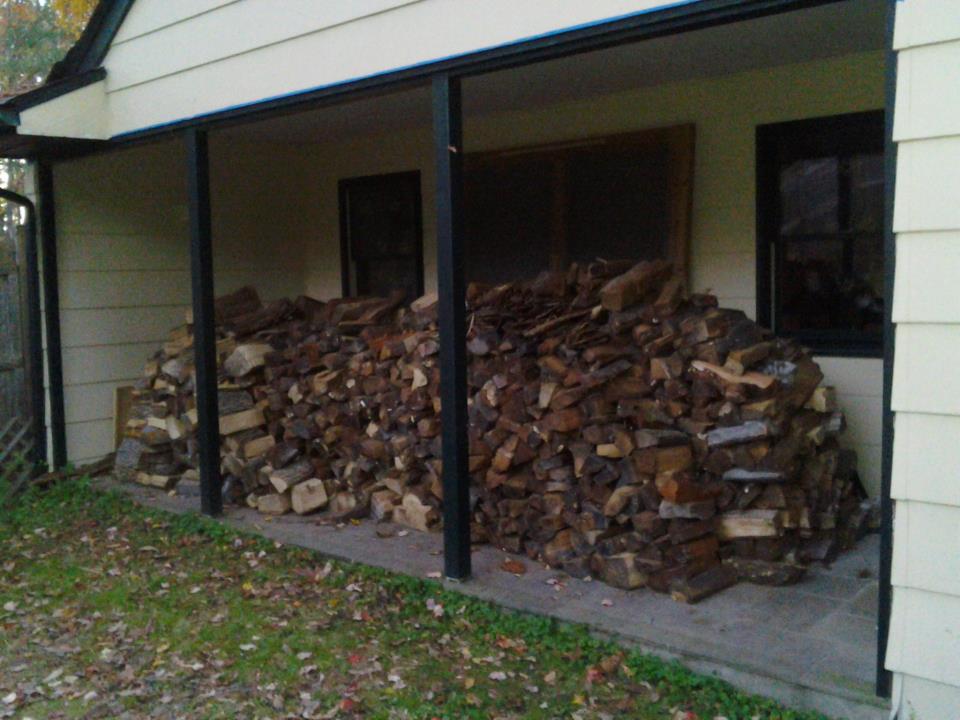 Now that winter is over, this next shot shows the final wall screen being put into place. Each has two screws placed into the header above and each weighs more that enough to stay put along the floor even during the strongest of winds, people leaning on them, etc. The materials were very inexpensive and they were relatively easy to construct with very long stainless steel screws. Placing an additional rail at chair rail height made them all the more rigid and looked fairly handsome, I thought. They are almost ten years old now and as solid as the day I made them. 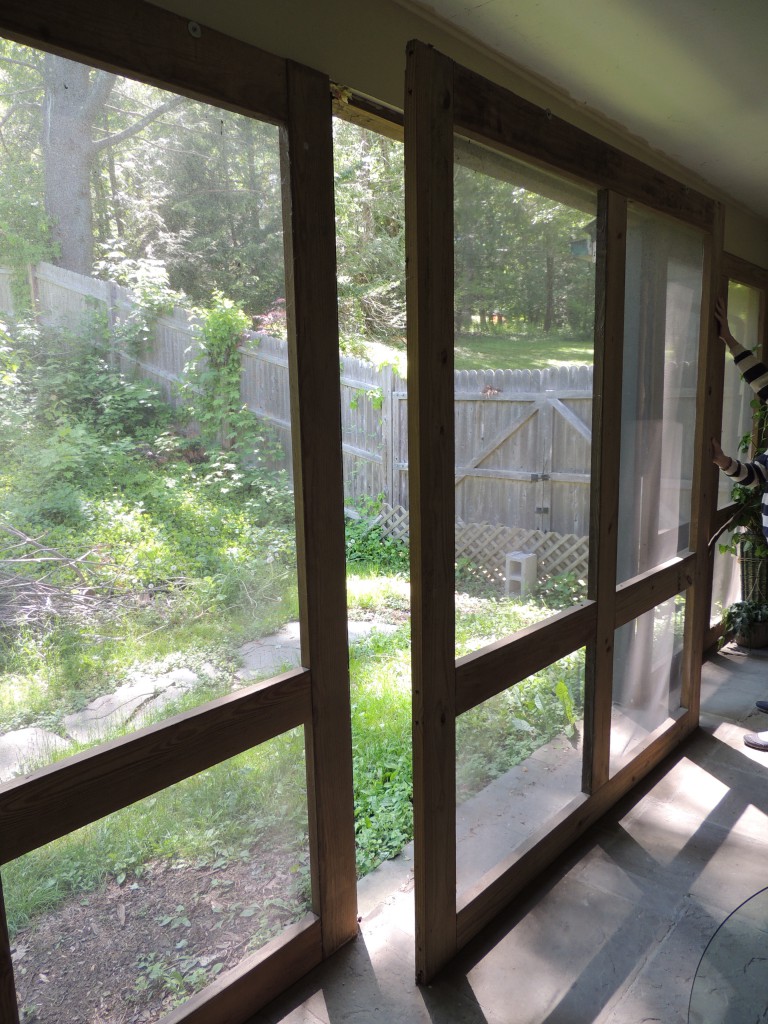 This last shot shows you our screened in porch with wall sconces that I installed at either end on ‘the room’ and how we’ve dressed it up for the warmer weather. Reading, writing, eating, napping, card games… we love this little room…. now year-round.